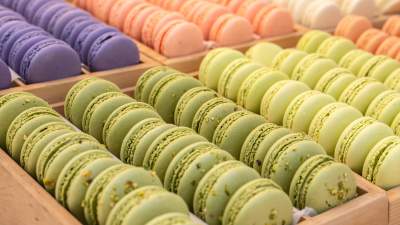 I will never forget the very first time I tasted a macaron, one rainy afternoon in Paris. In my younger days I lived in the city of lights and the love capital of the world. I would spend my days walking the length of the green milky Seine and stopping to press my nose against the frosted windows of many patisserie to admire the ornate shelves decorated with the French sugared goods.

One of these days I pushed a coin or two across the counter and was rewarded with a small paper bag containing several of the tiny and delicate almond meringues. Slipping a small pale pink macaron into my mouth my senses burst to life. This tiny admirable treat melted on the tongue and left a refreshing zest from the rich cream filling. That was it, I was hooked. Since then I have scoured every macaron recipe available in search of the very best macaron flavors: here are the results. 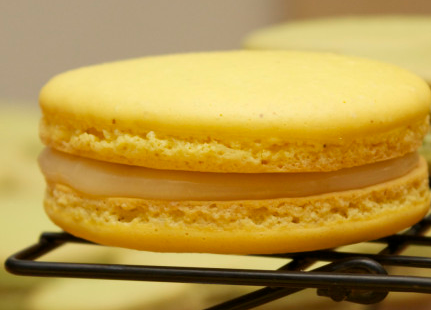 For those who are a fan of the fruity zesty sugary treats, then the lemon macaron is for you! This delicate little lover is light and airy on the tongue and filled with a bright lemony filling that will leave your tongue tingling. The lemon zest and the subtle almond flavors seem to match perfectly. However, creating a lemon macaron is tricky as you have to balance the line between the true taste of fruit with rather than that hint of dishwasher detergent when overusing the lemon. 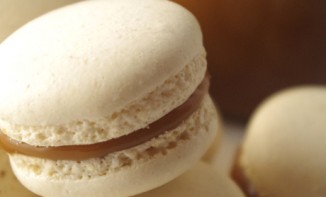 My love of the salted caramel macaron came after I visited the salty sea of Betagne in France when I purchased and brought home a small jar of Bretagne Caramel with crushed salt crystals. Creating this macaron was as fun as it was delicious. The wispy angelic classic macaron can be stuffed with the highly addictive salted caramel buttercream filling. If pure caramel is what you are after, just harden it in the fridge and it will deliver something spectacular to your taste buds. 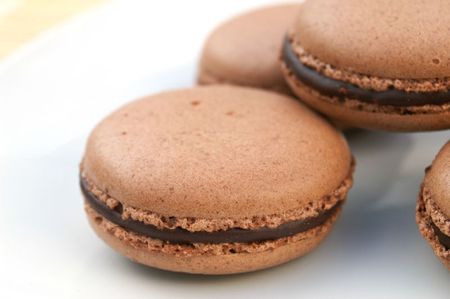 The winner of incredible macaron flavors has come down to the chocolate flavor. Chocolate macarons are out of this world, especially when a high quality chocolate is used; such as Santa Barbara Chocolate. The joy about blending the rich taste of chocolate with the light taste of almonds is that you strike exactly the right note. Chocolate in macarons is truly versatile. You can opt for a rich ganache filling or go for the traditional French almond macaron and dip it in a tempered chocolate for a delicate dessert that works in perfect harmony with your after dinner coffee. Want to make your own? Check out this delicious macaron recipe.

So there you have it, the three very best French macaron flavors! Remember for your macaron to stand out from the crowd and tempt the true memories of Paris: you will need a little love, a little je ne sais quoi, and Santa Barbara Chocolate on your side. Happy macaroning!


Macarons: A Short History of the most Coveted Cookie in Paris

It’s no secret that today many of us take sweets, cakes, and confectionery items for granted. However, some deserts and sweet temptations like everyone’s favorite French macarons, are far from modern culinary inventions. In fact, while today, experimental pastry chefs might delight sweet-toothed friends with distinctly modern truffle chocolate macarons, their endeavors are far from anything new.

Macarons and the Common Availability of Sugar in Europe

The first thing to understand when it comes to macarons is that their popularity through several centuries stems from them being one of the world's first commonly available confectionary items. This is because although sugar had been part of people's diets from around 300 BC, sugar itself only became popular and widely available in Europe in the 15th Century.

Referred to as ‘white gold’ sugar even throughout the 16th Century was considered a luxurious and altogether precious commodity. Venice in Italy, however, was Europe's main importer and exporter of sugar, and with this being the case, many of the world's first western cakes and confectionary items were created in and around Venice at around this time.

Macarons During the Renaissance

While often referenced as French in origin, macarons as we know them today actually originated in Italy. Macarons, however, were created in the first instance by the chefs of the Florentine noblewoman Catherine de' Medici, who herself became Queen of France after Marrying the French King Henry II in 1533.

From this point onward, simple macarons made using almond powder, sugar, and egg whites became a staple in numerous French and Italian cookbooks. In fact, a legend even has it that the granddaughter of Catherine de Medici herself was once saved from starvation by eating macarons.

Of course, delicacies such as truffle chocolate and macarons were still generations away from being first experimented with at this point. However, macarons themselves became a common confectionary staple in France and beyond from the 16th Century onward. Furthermore, the only significant deviation from the original macaron recipe came in the 20th Century, when the double macaron with cream and/or liqueur filling was first invented.

French Macaron makers famous for thinking ahead of the game and producing some of the freshest and best macaron flavors (these are two of our favorites):

Laduree macaron: Based in Paris but with shops also in Southern California, Laduree is a specialists in fresh and bright macaron flavors. Famous for Bonaparte blue boxes, Laduree is a great gift idea if you want real French macarons. Our favorite flavor beyond the chocolate macaron is the rose followed closely by the lime and vanilla. At a recent celebrity party we attended in Montecito California, Laduree macarons were served. Being a chocolatier I had particular interest in the macarons and so I watched the guests reactions to see how they would respond to the beautiful packages and fresh flavors. Everyone at my table talked about the fresh orange blossom macaron and how it captured the essence of orange so beautifully.

How to make the Best Chocolate Macarons

No one is denying that this sumptuous and sophisticated treat can be tricky to get right. You only have to gaze through the windows of the patisseries lining the Seine to see that it takes a master hand to perfect the macaron. However that is not to say that the Parisian delicacy is impossible. The delightful almond meringue is so sweet and dainty it simply falls apart on the tongue and the devilish dark ganache filling in this recipe will transport you to the gilded streets of the Champs Elyse’s.

These darling little chocolate macarons may take some time to perfect, but at least you get to taste and try, and taste and try until you have the process just right. There are a couple of things you need to remember when making chocolate macarons: don’t go wild beating the batter or you could end up with runny macarons as opposed to stiff little biscuits. Also make sure that when you choose your chocolate you opt for high quality chocolate such as Santa Barbara Chocolate or your macarons could end up with that grainy, falsetto taste of second rate chocolate. I choose Santa Barbara Chocolate because I know it is of exceptional quality and doesn’t contain anything but true, unadulterated chocolate.

How to make the Chocolate Macarons

1. Mix together the almond flour, the powdered sugar, the cocoa powder and the salt until the ingredients are evenly distributed and you are left with a fine dry mixture. Sift the mixture and put to one side.

2. Whisk the egg whites until they are foamy and have an opaque color. Add the cream of tartar and continue to beat, slowly add the granulated sugar and keep mixing. Be careful not to over whip at this point, you should whisk until the whites are shiny and the peaks are stiff like meringues.

3. Fold the dry flour mixture into the meringue mix in small portions, you want to fold in just enough so that the egg whites have disappeared and the mixture looks like cake batter.

4. Place the mixture into a pastry bag and begin to pipe out one inch rounds onto a tray covered in baking paper. Make sure you pipe them at least one inch away from each other You should aim to get around 25 per sheet. After you have piped out the mixture, bang the tray on a surface so that the macaron forms a flat base. Let the macarons sit at room temperature for at least half an hour.

5. Bake the macarons in a preheated oven at around 350F for around 15 minutes rotating the baking paper sheet half way through the process.

How to Make a Dreamy Chocolate Ganache Filling

1. Chop the Organic Dark Chocolate into fine pieces and put into a bowl.

2. Place the cream into a small saucepan and heat over a medium heat until it starts to boil, slowly add the chocolate and keep stirring until you have a smooth mixture, let sit for a minute or two and then add the butter and stir until fully melted. Place the mixture into the fridge and let cool for at least thirty minutes.

The Final Touch to the Perfect French Chocolate Cookie

1. Match the macarons in pairs of a similar size.

3. Top with another macaron and press down gently to make a sandwich, making sure that the ganache doesn’t run over the sides.

4. Place in the fridge overnight and then serve up your delectable little goodies and enjoy the fine taste of a true chocolate macaron!