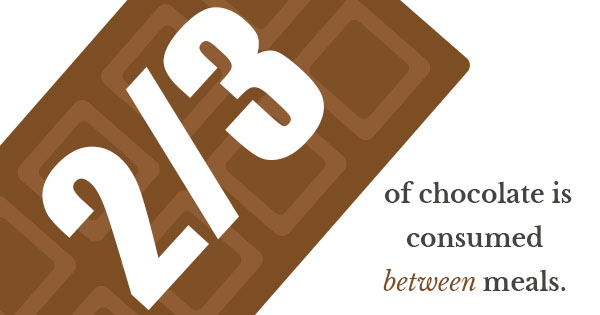 Can't sleep? Well according to new research, you might want to skip the sleeping pills and instead reach for a quality piece of organic dark chocolate instead. That's right chocolate lovers -- there's yet another reason to love the decadent, sumptuous dessert: it can help you sleep better each night.


Spearheaded by Dr. Gerben Van Ooijen from the school of Biological Science, University of Edinburgh in Scotland, the study revealed that an essential nutrient found in dark chocolate can help people to get a better night's sleep.

Magnesium, found in  dark chocolate as well as other nutrient-dense foods such as leafy greens, and nuts, helps the cells in our bodies to cope and better adjust to our circadian rhythm. The circadian rhythm -- or internal clock -- is what's responsible for helping our body perform different bodily functions such as temperature control, waking, and sleeping.

"Internal clocks are fundamental to all living things. They influence many aspects of health and disease in our own bodies, but equally in crop plants and micro-organisms," said Ooijen.

This information is certainly surprising, considering the previous misconceptions regarding chocolate consumption and sleep disruption. While many believe that chocolate is a highly caffeinated food, it actually only contains about five milligrams of caffeine, a significantly smaller amount compared to tea, coffee, and soft drinks. That's hardly enough to keep even the most caffeine-sensitive individual tossing and turning.

That being said, maybe it's time for your to hit up your chocolate supplier and get some of their best dark chocolate in bulk! After all, the United State is the lead cocoa importer in the world.