Do We Know Where The Word 'Chocolate' Comes From?

Whenever we hear the word 'chocolate', we instantly start imagining this popular delicacy. Actually, we imagine eating the bars and buying the biggest packages of our favorite sweet in the supermarkets. But, does anyone wonder where the chocolate word comes from? What exactly do we know about it? After all, chocolate is our favorite food for centuries. In most cases, we don't know anything about the most popular dainty. But here is a short and amusing story about our beloved sweet, the one that's our best friend in both, happy and sad moments, and the one that witnesses our tears and our exclamations of rejoicing.

A Long History – Our Ancestors Really Knew How To Enjoy

One thing is for sure, our forebears treated themselves with chocolate many centuries ago and according to studies, chocolate has been around us for more than 2000 years. However, the word 'chocolate' has been used to refer to a beverage made from the seeds of a cacao tree, and not a delicacy in a solid form. It was a bitter drink, but at the same time very popular and cherished. From the start, chocolate was a beverage consumed by the rich, at least in Europe, where it appeared sometime around the 17th century. When they first consumed it, Europeans (Spanish in the first case) called it 'a beverage for pigs', but they soon started mixing it with honey and sugar, and in a blink of an eye, chocolate gained incredible popularity throughout the whole Old Continent.

What About The History Of The Word Itself? 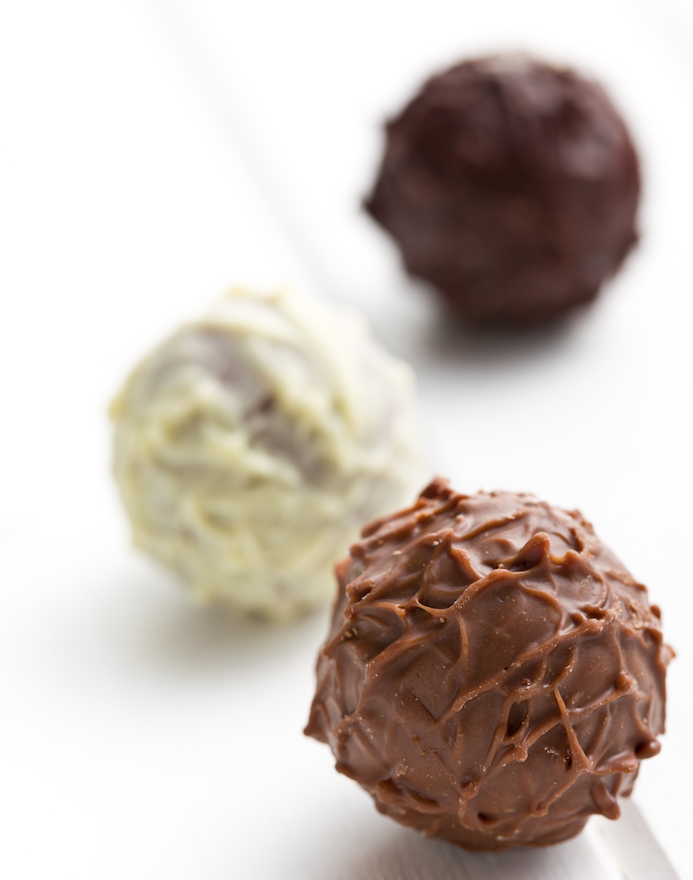 There are many stories about the history of the word 'chocolate', but etymologists believe that the word itself comes from the Aztec word 'xocoatl'. Of course, Aztecs considered 'xocoatl' to mean 'a bitter cacao bean beverage'. At the time of Mayas and Aztecs, chocolate was believed to have magical powers, and it was even used in some of the most sacred rituals. The value of the chocolate at that particular time can be seen through the fact that cacao beans had the value of a currency. One could easily trade 100 cacao beans for a good turkey. Well, the same would be true even today, right? Nothing can comfort us more than a fresh chocolate truffle. We would surely trade all the money from our wallet just to get our favorite chocolate product.

When it comes to other ancient languages, in Latin the word for the most important chocolate ingredient – cacao tree - is Theobroma cacao. It means 'food of the gods'. This also shows how significant 'chocolate' was in past times.

According to Oxford English Dictionary, the English word for 'chocolate' comes from the whole another language, Nahuatl. Its word 'chocolatl' was also meant as a drink made of many ingredients, but mostly including cacao beans.

Hence, the word for our most delicious sweet was similar in many ancient languages, and it remained so even in present day. No wonder how after all these millennia and centuries chocolate remained a favorite food of a mankind.

1828 was the year of creating cocoa powder and solid chocolate. The man to 'blame' for this god-given invention was a Dutch chemist. Namely, he found a way to make powdered chocolate by eliminating almost half of the natural fat from the chocolate seed. The idea behind his discovery was to make an easy to mix chocolate drink. He crushed the cacao seeds and then pressed the cacao as well as treated it with alkaline salts. His product soon led to solid chocolate creations made from the cacao and cocoa powder. Credits for the first real chocolate bar go to Joseph Fry In England, a man whom many of us thank on a daily basis.

Therefore, the word 'chocolate' has undergone many phases in its history, from being used for an expensive cacao drink, to including a range of different affordable sweets, with sugar and additives and less cacao in them. No matter what are its ingredients, chocolate never stopped being consumed. And hopefully, it seems it never will.