The Great and Glossy Couverture Chocolate 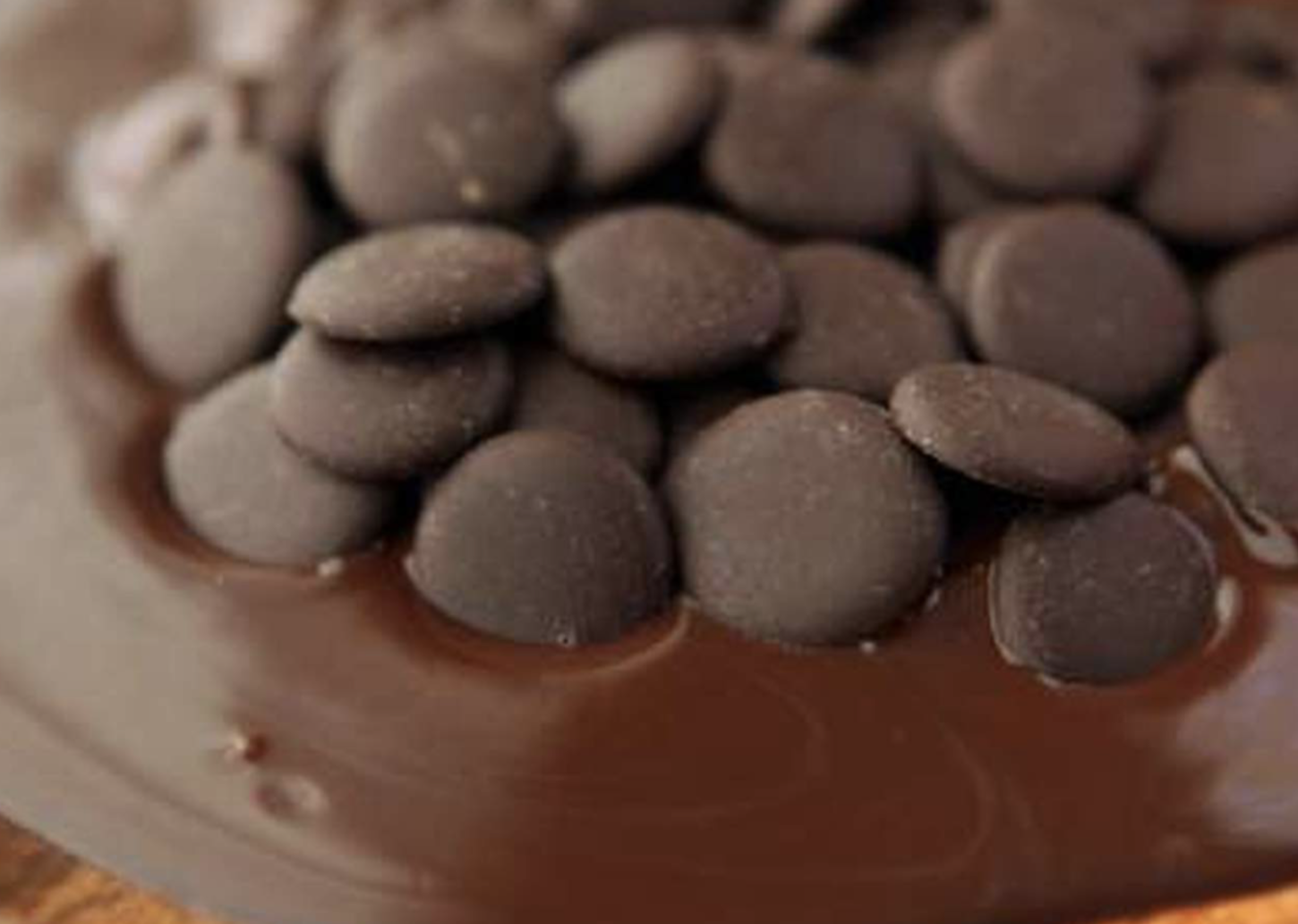 Couverture Chocolate with plenty of cocoa butter is ideal for candy making.

It’s one thing to work with some chocolate you grab at the supermarket or heath food store, it is quite another to get your hands on the best darn chocolate that every baker swoons over; I’m talking about that gorgeous, glossy, sweet and exotic couverture chocolate.I want to dive right into this chocolate, literally and educationally, as it’s a pure delight to work with and heavenly to consume.

Before I get into how to work with couverture chocolate and what its best uses are, how about a fun history lesson on it? What is it? How did chocolate come about? What makes couverture chocolate different from others kinds on the market? So let’s geek out for a moment, shall we? Not many people know, but chocolate has been around since about 1500 B.C. It’s said to have been discovered by the Olmec Indians who inhabited the land we now know as the Gulf of Mexico.They began with the domestic plantation of the cacao plant. They primarily consumed cacao bean as a beverage made similarly to how we brew coffee today. Back then, this was not an ordinary drink for your every day common person, it was a drink fit for the elite!

There is much debate as to the evolution of cacao and it’s uses throughout ancient civilizations, and even a lengthy book out there that goes through it all.But for now, let’s fast forward through much of the debate to a time we are all more familiar with, when Christopher Columbus made his voyages to the New World.It’s said, that Christopher Columbus may have been the first Old World explorer to come across cacao beans during the Spanish conquests to the New World. On his fourth and final voyage he came across two Mayan canoes.He, along with the Spaniards who accompanied him, captured one of the canoes, and discovered they were filled with fine clothes, weapons, a copper bell and a large number of unfamiliar beans. Columbus didn’t know why the natives would scramble to retrieve any of these unfamiliar beans that had fallen to the floor; and so he ordered that the ship be destroyed because it carried nothing but “sheep droppings.” He ended up rectifying that big mistake by bringing the first consignment of cacao beans to Spain after returning from America.

By the end of the 16th century and early 17th century, cacao was being sent from the New World back to Spain. It was often used for medicinal purposes as it was said to treat stomach illnesses and it produced a feeling of euphoria. Francisco Hernandez, a doctor, botanist, and personal physician to Philip II of Spain, was one of the first to make a connection around 1571 between cacao and its potential treatment for fevers and liver disorders, it uses an aphrodisiac and even a way to fatten people up who were too skinny. We are all too familiar with that, am I right?

The next few decades involved chocolate being used from medicinal purposes to more of a drink for pleasure. In the New World, they began adding vanilla, sugar and cinnamon to sweeten the drink that was known for its otherwise bitter taste. It wasn’t long before chocolate houses began opening all over Europe serving mainly the rich, as the process of grinding the beans down was very expensive.It wasn’t until the 1700’s that machines were used to crush the beans, greatly reducing the price and ending the century with chocolate being sold in all different forms: cakes, rolls, chocolate pastries and desserts.About ten years before the American Revolution, The Baker Chocolate Company initiated a process of making chocolate in America and still stands as the oldest producer of chocolate in the United States.

What is couverture chocolate?

To answer this question a basic understanding of what makes one type of chocolate different from the others will help. First and most importantly is the cocoa bean which gives us: 1. chocolate liquor, which is the melted state of the nib of the cacao bean and it contains equal parts cocoa butter and solids; 2. cocoa butter, which is the fatty component of the bean; and 3. dry cocoa solids; which is the remaining nonfat part of the cocoa bean, and that gets ground into a powder. Then from those three components, different types of chocolate are produced. By varying the time and temperature of the bean during the roasting process, the amounts of the ingredients will have an effect on flavor. Milk chocolate is solid chocolate made with powdered, liquid, or condensed milk. White chocolate is made of sugar, milk, and cocoa butter without the cocoa solids.Ruby chocolate is the most recent to be created and released for public use in 2017; it’s made from the ruby cocoa bean which gives it its distinct color and flavor.Dark chocolate is produced using higher percentages of cocoa with all fat content coming from cocoa butter instead of milk.Furthermore, dark chocolate has many different degrees depending on its cocoa percentage which in turn produces semisweet, bittersweet, unsweetened or baking chocolate, and couverture chocolate.

The name given to a specific class of high-quality chocolate is couverture. Most chocolate bars usually have the same base ingredients, cocoa solids, cocoa butter, and sugar, along with additives, such as, vanilla, lecithin, or milk powder.Couverture chocolate is unlike your common chocolate you grab at the grocery store as it is ground to a much finer texture in production and has a higher percentage of cocoa butter when compared to the other ingredients. These two differences give it superior flavor and texture that makes it ideal for tempering and using to enrobe truffles, fruits, cookies, and other candies. U.S. standards for couverture chocolate state that it must contain a minimum of 35% cocoa solids and 31% cocoa butter. Here at the Santa Barbara Chocolate shop, the best of the best is offered. The couverture chocolate offered here has only 3 ingredients: unsweetened chocolate, cane sugar, and cocoa butter.Not only does it contain 66% cocoa solids to make it perfect for tempering, it’s also GMO free, USDA organic, kosher parve, and contains no soy or vanilla.No extra, unnecessary ingredients are needed in these mouth-watering chocolates. Just clean ingredients that make for a delicious chocolate treat you and your family can pick on right out of the bag! 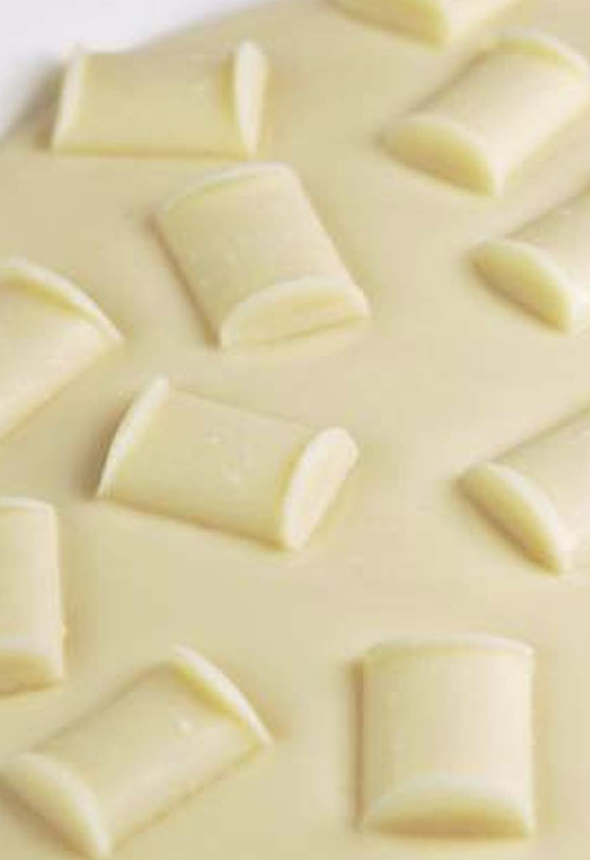 I find that couverture chocolate is the easiest to work with in my kitchen. The best way to melt it down, or temper it,is with a double boiler and monitoring the temperature at around 88-89ºF. However, if you are not a professional chocolatier, don’t be intimidated as this chocolate melts more evenly and easier than regular chocolate given its high quality ingredients.A novice in the kitchen can beautifully and easily melt it down in a microwave simply by adjusting to a low power setting and at each minute interval, stop and stir until your chocolate is melted entirely to a smooth, syrupy consistency.The extra cocoa butter and cocoa solids make this chocolate perfect for dipping and candy making as it sets up as a gorgeous high gloss appearance that will entice your audience.I also personally love using this chocolate in baking recipes, for example, cookies, cakes, and sweet-breads.Not only does it gives superior flavor to the recipe, but when you add solid couverture chips on top of your pre-baked goods, once baked it will give a more sophisticated looking treat!

Chocolate doesn’t just have to be a treat though. What if I told you that you can consume chocolate and NOT feel guilty? Well, you can. Chocolate may get a bad reputation because of its high fat and sugar content and it has been associate with acne, obesity, high blood pressure, coronary artery disease and diabetes.But, according to recent research, chocolate contains antioxidants that have a range of health benefits.And, the higher the cocoa content, the more beneficial the chocolate.So think, dark! And, more important, think of the quality of chocolate you choose. Not all chocolate is created equal.Dark chocolate contains less fat and sugar, depending on the brand of course, and studies show that consuming small amounts of chocolate may reduce low-density lipoprotein (LDL), also known as “bad cholesterol,” prevent cognitive decline, and reduce the risk of cardiovascular problems and stroke. It might also benefit fetal growth and development and athletic performance. Just to cover all bases and benefits, I’ll continue my daily consumption of chocolate! 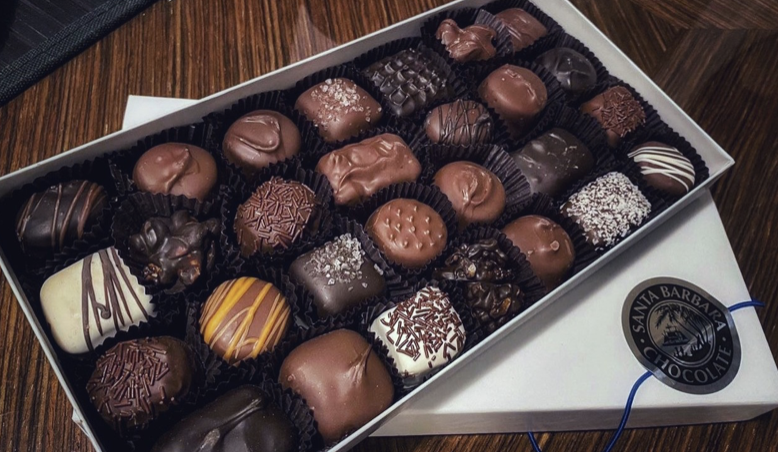 About the Author Kristin Panagiotopoulos:

Hi, it is a pleasure to virtually meet you! I’m Kristin Panagiotopoulos. I live in New York’s picturesque Hudson Valley with my husband and our five young children. I was originally born in Brooklyn, NY and moved to Staten Island, NY at the age of five. I grew up in a fairly traditional Italian household considering that my mother has Russian-Polish roots. My Italian grandmother resided with us and her cooking and baking influenced our everyday life. Our home was always filled with great meals, customary Sunday dinners, and plenty of baking.

Although I was extremely passionate about all things baking and chocolate, I did not think it would be part of my financial future. I ultimately focused on furthering my education after high school and went on to college to achieve a Bachelor of Arts in Speech and Language Communication and Master of Arts in Speech and Language Pathology.Shortly after graduation I tapped into my entrepreneurial spirit and opened a private practice helping children with special needs.After a decade of building my business I met my soulmate.We planned on growing our family but we were told by doctors that it would be difficult because of my body chemistry. Needless to say, my world and dreams came crumbling down. Defeating the odds, here we stand with five incredible miracles proving their predictions wrong.After our first child I decided being a stay at home mom was my new career.

One of the many hats I now wear at home is private chef! Creating many meals and baking throughout the year for our family, just like my grandma used to do. Health and fitness was always on the forefront of my daily life as well. So I developed a passion and created a strategy to merge baking and health together. Technology plays a roll in everyone’s life nowadays and mine is no different.It allows me to find new recipes and brainstorm to make them with my own healthy twist.Social media has been another outlet that allows me to find better quality products. After all, your recipes are only as good as the products you use to create them. Santa Barbara Chocolate is the perfect partner which helps me whip up the most incredible treats for my family using top quality ingredients. If I’m not homeschooling my children, you can find me in the kitchen; usually melting down some Santa Barbara Chocolate chips or popping the into a batter for all to enjoy!