How many years does it take until a cacao tree bears fruit?

Cacao trees typically do not begin to bear fruit until they are 6 - 8 years of age. Some hybrids can produce fruit at 3 years of age.

How many times a year are cacao trees harvested? 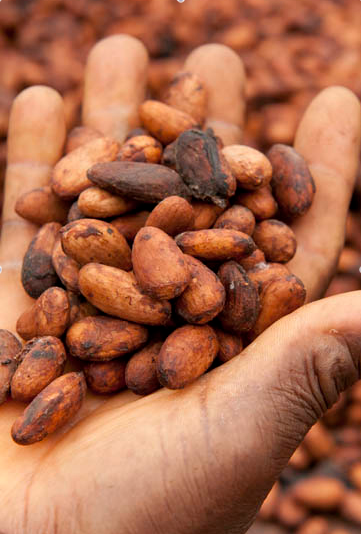 Cacao trees are generally harvested biannually. However, cacao trees can have flowers and fruit year round. The Upper Amazon hybrid cacao trees are known for producing the most fruit at the earliest age.

How many flowers does one cacao tree have? 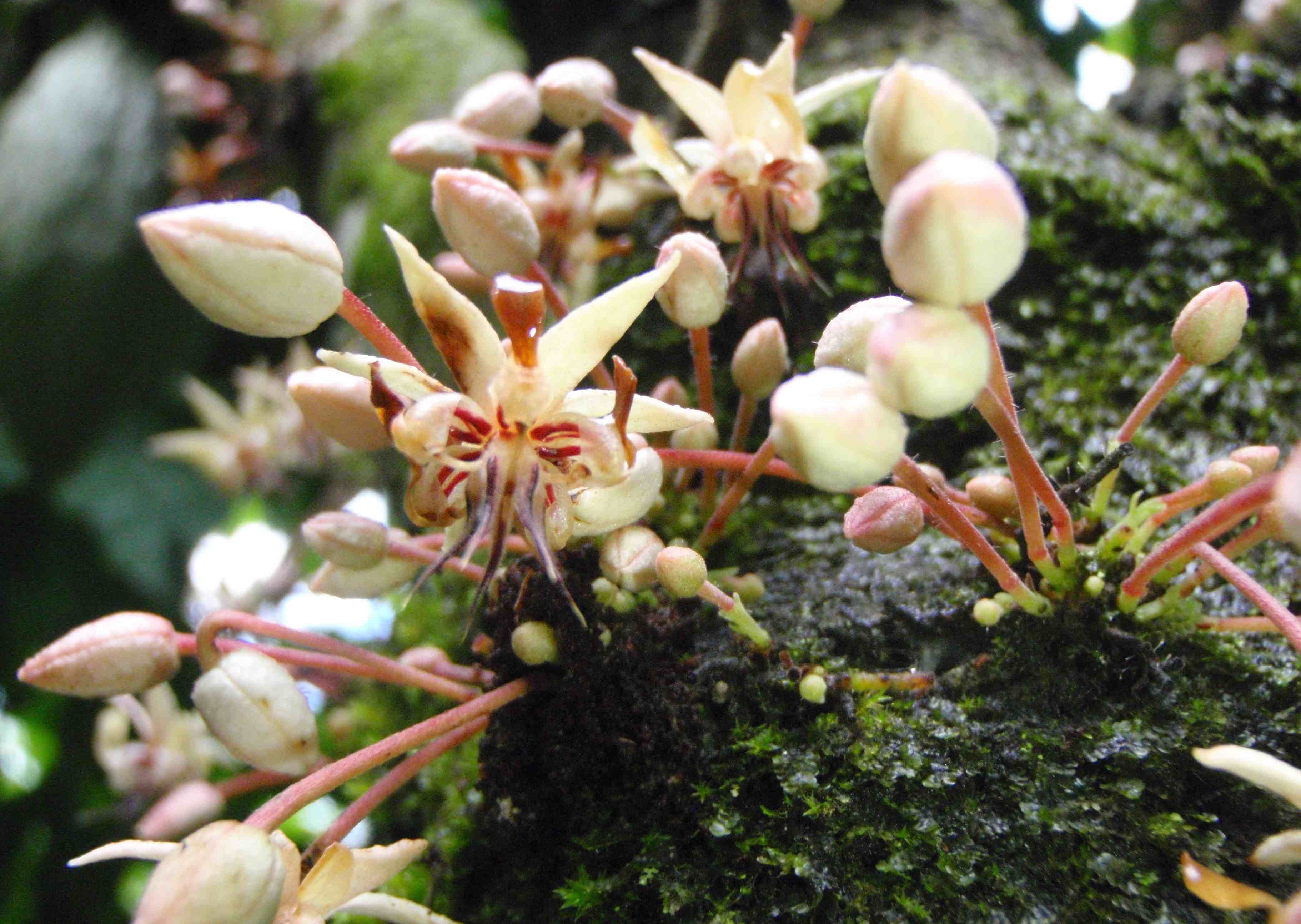 One cacao tree can produce over 6,000 flowers in a year.

What is the most popular fruit in the world? 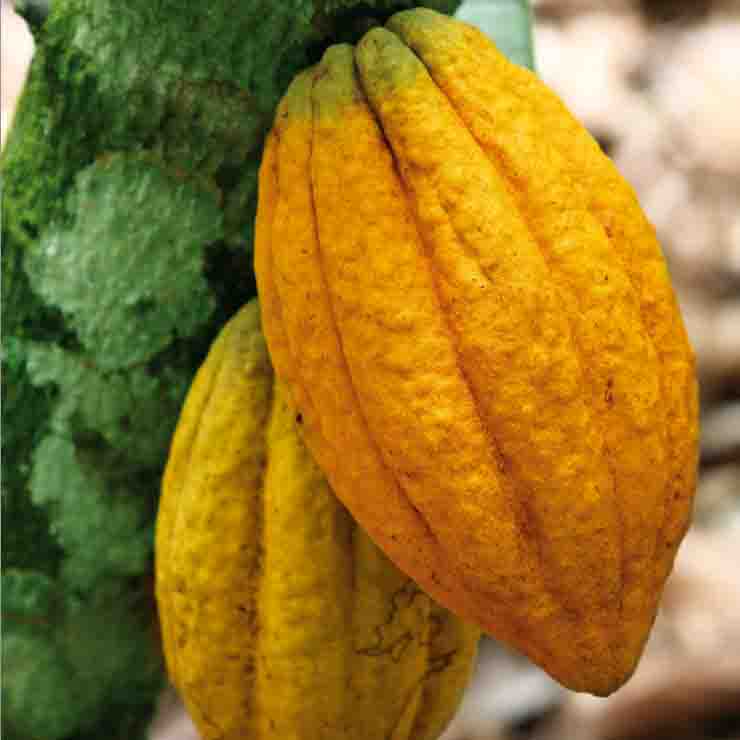 We may be a little biased here at Santa Barbara Chocolate but we think cacao is probably the most popular fruit in the world.

Chocolates are one of the most popular treats for people of all ages; be it a young toddler or a 90-year-old grandmother. We all enjoy chocolate with delight and the best thing about chocolate is that there are thousands of exciting variations available. You can enjoy a hot cup of chocolate on a cold winter nights or a chocolate ice-cream under the sun, chocolate cake on birthdays are heavenly or a delicious chocolate pudding in the dessert after dinner is a great way to finish the meal. A simple bar of chocolate to savor is a great way to treat yourself or a loved one. So, if you are a chocolate lover, we have compiled some interesting facts for you. 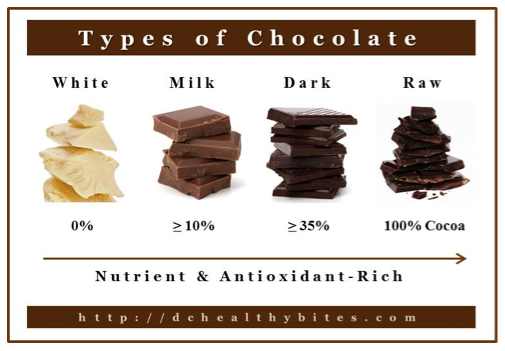 Chocolates can be categorized by varying quality and quantities of ingredients mixed with cocoa butter. However, there are four basic flavor types from which several other flavors can be obtained. These four flavors are:

Also known as raw, this is the purest form of chocolate with likely enormous health benefits.  Basically, it is chocolate liquor (pure ground cacao) that is cooled and hardened. It is popular among bakers as it's easier to attain the desired flavor and sweetness with the unsweetened chocolate when adding in sugar.

White chocolate doesn’t contain any chocolate liquor (the brown part of cacao). However, it contains cocoa butter and milk powder with a varying amount of sugar. 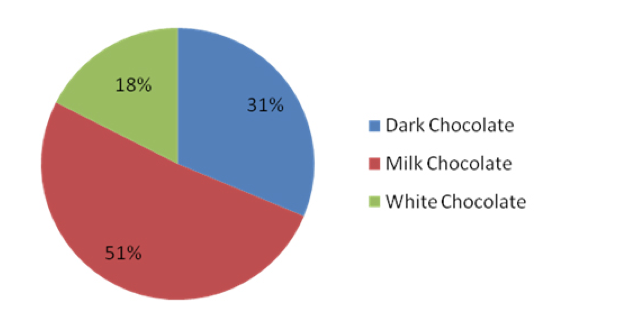 Chocolate is made from cacao. Since the 1960s, the growing of cacao chocolate has tripled especially in countries in the tropical belt region. Ivory Coast is on top when it comes to the growing of cacao and accounts to more than 35 % of world’s cacao production. The country produced approximately 1.7 million metric tons of cocoa beans in 2015/2016 crop year. 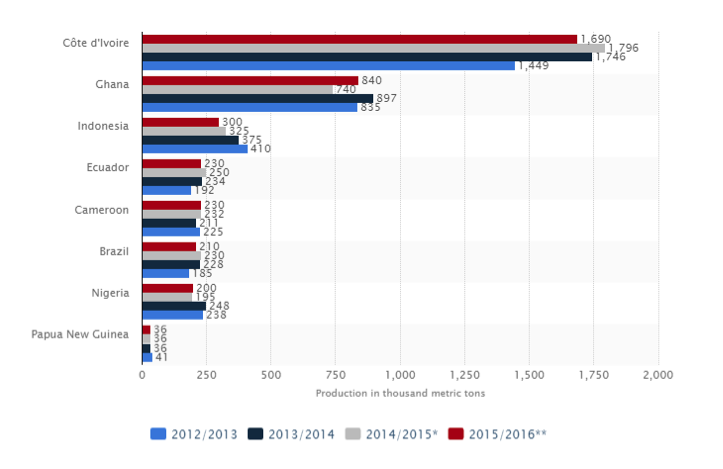 According to International Cocoa organization [2], the candy industry is the number one producer of chocolates in the USA. Both Mars and Mondelez have net sales of over $15 billion. In Europe, the Italian company Ferrero leads in chocolate production. 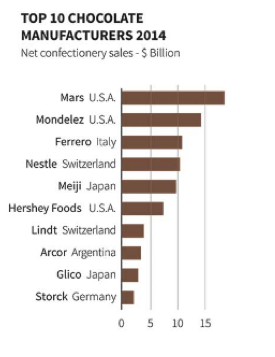 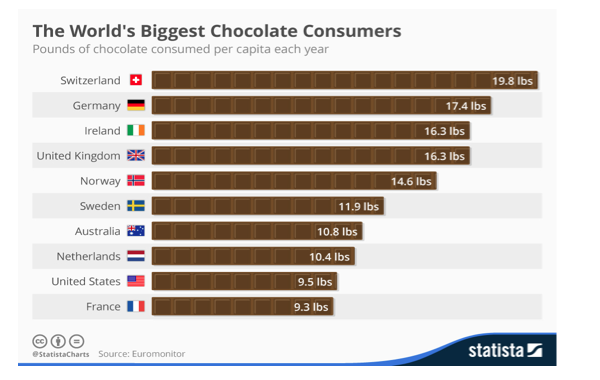 Here are some interesting stats to prove that chocolate is a well-loved food people find irresistible:

• It is estimated that the worldwide consumption of chocolate is 7.2 million tons

• Halloween comes close to second for volume of chocolate consumption. It is estimated that more than 90 million pounds of chocolates is purchased

• Despite Africa leading in cocoa production, the African countries consume the lowest amount of chocolate. Only 3% of total world chocolate is consumed in Africa on yearly basis

• Although Europe and America lead in chocolate consumption, Asia is now rapidly growing in chocolate interest. Especially in countries where the economic situation is fast improving, it is expected Asia will hold 20% percent of the global chocolate market by the start of 2017 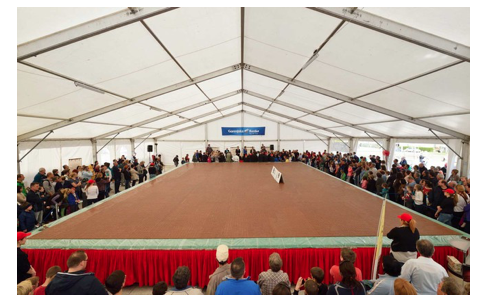 • Chocolate is dangerous for cats and dogs. Even a small amount can cause sickness or even death in dogs

• Real Chocolate will melt around 90 degrees Fahrenheit, that’s just below the body temperature hence the chocolate melts in the mouth easily

• Cacao trees can live to be 200 years old. Yet their fruit bearing years are quite low and they produce marketable cocoa beans for only 25 years

• Chocolate has rapidly evolved into the popular and huge industry that between 40 and 50 million people depend on cocoa for their livelihood. There are over 3.8 million tons of cacao beans produced per year and the production is expected to increase in the future as well.

Sources for chocolate stats are taken from these sites:

Could 2018 see the Start of a Worldwide Chocolate Shortage?

If you love chocolate, a world without the humble cocoa tree likely isn’t worth thinking about. In recent years, however, global chocolate production has been ravaged by changing local climatic conditions, particularly when it comes to changing precipitation levels in several key cocoa plantations. In fact, in 2016, Reuters reported that the worldwide chocolate industry was already having to deal with a staggering 180,000-tonne raw cocoa supply deficit.

The Cocoa Plant: One of the World’s most Vulnerable Agricultural Commodities

As well as requiring precise humidity and large amounts of water, the cocoa tree from which cocoa beans are derived is notoriously prone to disease and even minor climatic variations. What is worse, as identified by Dr. Ertug Ercin of Europes Water Footprint Network, many cocoa tree plantation owners don’t irrigate crops and are subsequently wholly reliant on historic annual rainfall patterns.

According to the previously mentioned 2016 Reuters article by Ange Aboa, almost half of cocoa bean exports from the Ivory Coast in West Africa were rejected in 2016. This was due to the fact that bean sizes were smaller and in many cases acidic due to poor cocoa plant nourishment prior to harvesting.

What is much more alarming, however, is the fact that the Ivory Coast did not actually suffer a drought in 2016. Instead, dry spells throughout the growing season and intermittent but stronger than usual Harmattan desert winds were blamed for subsequent crop failures. This being the case, farmers and chocolate production companies need to start acting now in order to prepare for potentially more serious changes in annual precipitation patterns.

Could you be Affected by a Chocolate Shortage in the near Future?

If you love chocolate, the last thing which you want to have to entertain is the idea of a world without your favorite sweet temptations. The good news, however, is that at Santa Barbara Chocolate, you won't have to do so just yet. This is because we source only the most rainforest friendly cocoa beans, with each one being hand selected by our very own quality control experts.

The benefit to you is simple. You get to buy directly from a chocolate shop which sources only the most sustainable raw cocoa. At the same time, because all of our chocolate is certified as organic, you benefit from more wholesome and ultimately much more mouth watering confectionary. The only question is, have you tasted the difference yet?